On Thursday, June 8, 2017, Sync.Space celebrated their official grand opening with live music, food, tours, and a ribbon cutting ceremony provided by the Kingsport Chamber of Commerce.

After nearly a year in the making, founder Heath Guinn has officially opened the doors of Sync.Space. Sync.Space is a co-working space for location-independent workers. Co-working is perfect for entrepreneurs, small business owners, start-ups, and other professionals who need office space – but with a more creative and casual vibe. 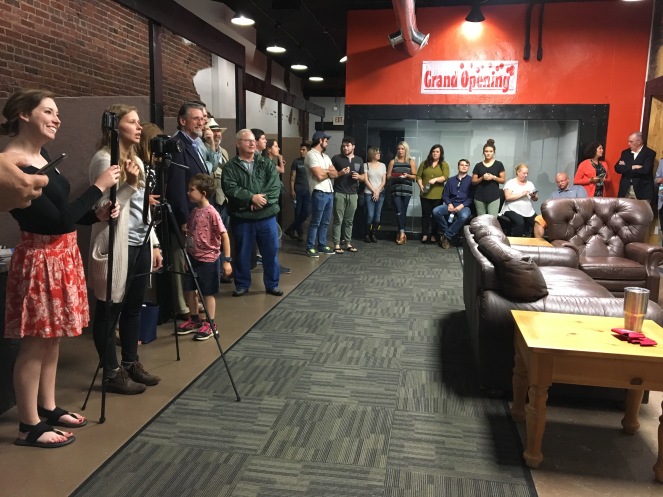 For grand opening ceremonies, Sync.Space welcomed Greenville, South Carolina musician, Mark Webb, Jr. Mr. Webb sang and played acoustic guitar to entertain the audience. In addition, heavy appetizers were served for guests to enjoy and tours were offered for first time visitors to learn more about what Sync.Space has to offer. 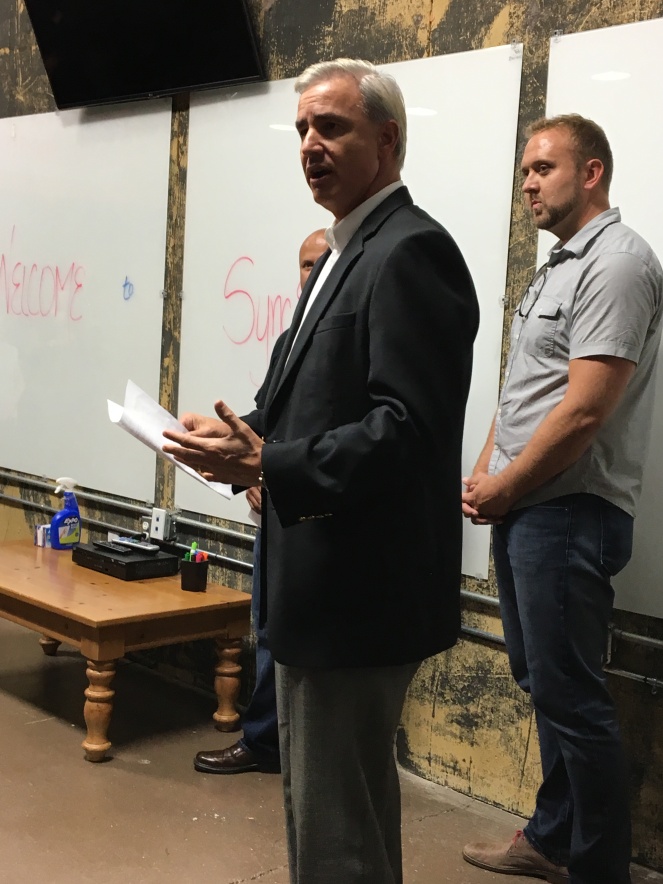 Sync.Space is now open and accepting new members and sponsors to support their efforts to provide office space and other entrepreneurial resources in the region. You can learn more by going to https://sync.space, by following them on Facebook, or by calling 423-765-1063 to schedule a visit today.