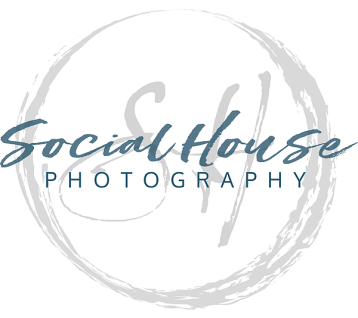 Social House Photography co-founder, Meishach Moore, has had an interesting path to where he is now which includes inspiration and grand visions. From East Coast to West Coast and back to East Coast, Meishach, his wife, Chera, and their four children bounced around the country trying to find the right fit for their family and their photography business. They needed to feel that the place where they set up shop felt right. That’s ultimately what led them here to Kingsport, Tn just over four months ago.

It began when Meishach started his own photography business as a sole proprietorship when he was living in Nashville in 2006. That company encompassed a lot of real estate shoots which initially sparked his interest in becoming a real estate broker and soon he obtained his real estate license. After he was offered a position from a family member at a firm in Las Vegas, and his wife being from Vegas, it seemed destined for his family to move to the desert. That’s just what they did and he brought his company, and talent, with him. After a few short years, he felt that the vision of the real estate firm he was working for didn’t collaborate with his own and his families. So earlier this year he and his family made the trek back to the East Coast to Kingsport, TN so that he could live out the vision of his families. That’s where Social House Photography comes into play.

After brainstorming and praying about it, they decided to move to the area earlier this year where he rebranded his company and became business partners with his wife, Chera, to form Social House Photography. They wanted their company to serve a bigger purpose with a grander vision. The name Social House Photography not only encapsulates the sense of community where they want people to be social and connect with those with different backgrounds and ideas but also refers to that of his very social family of six.

While the company involves mostly wedding and real estate photography as of now, that is only the beginning. They plan to eventually open a wedding venue, ideally in a farm setting, that will also serve as a retreat for groups such as church staffs and musicians. The venue would also include a recording studio. All of which would be set up under the umbrella, Social House. Their future plans also involve opening up a storefront similar to a coffee house but with more emphasis on food and private meeting rooms. Meishach and Chera envision a place where people come to socialize and set up to be ideal for family, friends and even business meetings. The key word being “socialize” as they wish to eliminate the use of cell phones as much as possible by utilizing a basket at every table where everyone would place their cell phones in it until they leave. They believe it will be an easy, fun way to better connect with people.

One word to describe the Moores perfectly would be visionaries. They see a world where people can come together and actually engage in conversation, deep thought, prayer, learning, etc and they wish to marry that with their business in a magnificent way.