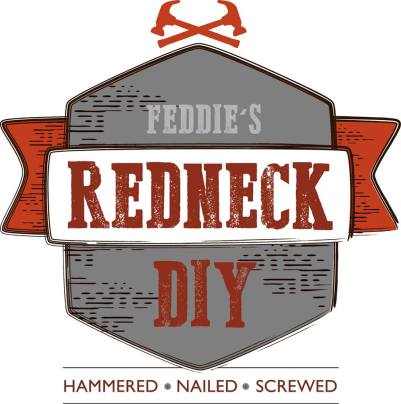 Freddie Sexton, Kingsport native and longtime DIY maker, has always been handy around the workshop. It had been just a hobby of his for most of his life but it wasn’t until he started building his own house when he discovered his aptitude to creating Do It Yourself content so that he could share his knowledge and passion with others. It didn’t take long before he started building up an audience on YouTube on his channel Redneck DIY to what has become his now full-time job.

Now anyone who is familiar with YouTube knows that there are countless channels that involve DIY projects around the house. How you really separate yourself from others is by being unique and genuine. Freddie checks both of those boxes. As the name suggests, there is a noticeable Southern drawl in his weekly episodes.  It’s clear from watching his content that he really cares about what he’s doing and wants others to as well.  He hasn’t paid for any advertising nor does he do any gimmicky promotions. He wants his followers, or friends as he refers to them as, who, like him, are genuine and that’s exactly what he has. You even will frequently find Freddie asking them advice on his channel and he’ll always get great feedback.

Founded in late 2012, Redneck DIY has now amassed nearly 80 thousand followers from all over the world. Not only are people loving his DIY content but they’re loving some of the inventions that he created as well for work around the house. One of his most recent is an easier way to install stairs and it’s caught the attention of distributors all the way in Australia.