AccelNow in partnership with the Holston Business Development Center (HBDC), East Tennessee State University (ETSU) and the Niswonger Foundation, have hosted the second annual round of Computer Aided Design (CAD) camps in June.

Computer Aided Design spans fields from photoshop all the way to industrial type programs. In these camps, enrolled students learned how to construct 3D designs and were even an introductory level course on 3D printing. Students also learned improvisational skills, outside of the box thinking, technical skills, and real world skills.

Students had access to two 3D printers all week and had the opportunity to print out several creations. A class favorite was making fidget spinners. On the last day of camp students were challenged by creating a device that can launch ping pong balls. They were under the impression that they could create 3D printed parts to aid them in their creations and right before building, they were told that they would not have access to the printer. This was not a cruel joke but in fact a very good teaching strategy  in which the students had to improvise and come up with a functional device using only items provided by instructors.

Keith Nakoff, HBDC Director, conceptualized the idea for CAD camps last year. He wanted to give kids the opportunity to learn hands on and visualize what they are being taught. “I wanted the students in an environment that they could receive extra help and be encouraged to learn, unlike I was as a child.”

The kids at the camp seemed to really enjoy their week. One student told me how excited he was to have designed and printed his batman fidget spinner. He said the camp was very interesting and that he learned so many new things. The instructors had as much fun as the kids this week, too. One instructor, Chris Hodge, an Engineer at Eastman Chemical Co., explained to me that “seeing the students engage their parents in what they were learning and creating made me as an instructor feel accomplished.”

Eastman’s support of this camp was huge, without their help the camp may not have even happened. “Eastman was really the savior of this camp,” said Nakoff, further elaborating that they provided instructors and volunteers.

Ryan Whitney, an Eastman Engineer and CAD Camp Instructor, described his experience at the camp, saying, “I find it very fun and rewarding to see the students at the end of the week go from no knowledge of the process, to creating and designing 3D models that we can print out for them.” 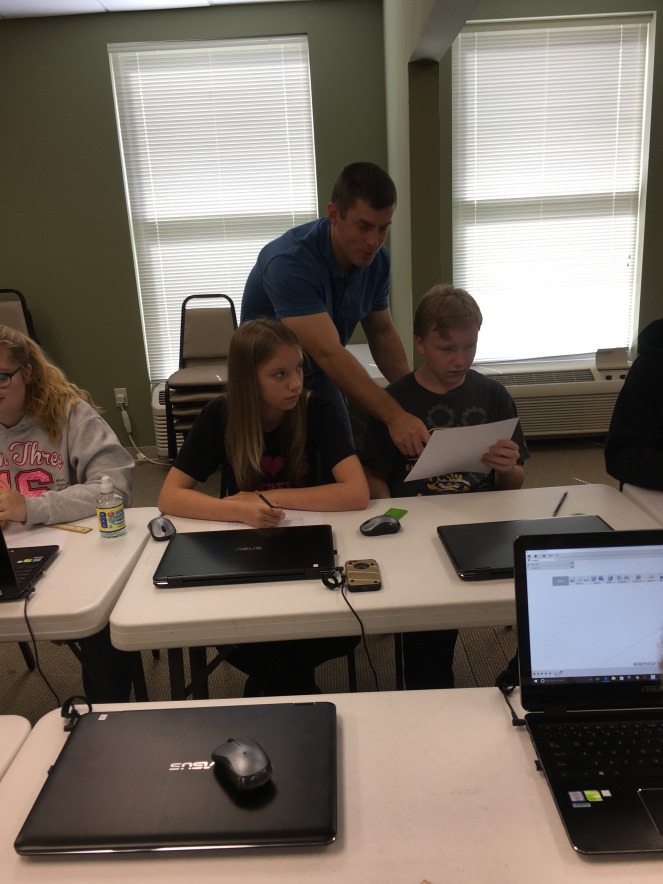 (Chris Hodge instructing students at the CAD Camp held at the HBDC.)